Home Qualcomm Qualcomm SD845 will be built on same 10nm process
Qualcomm upcoming flagship chip SD845 is all in news again. Earlier we had news claiming that the first lot of SD845 being already booked by Samsung for its latest flagship Samsung Galaxy S9.Now as per Fudzilla report, the Qualcomm upcoming SD845 will be built on the same 10nm FinFET process similar to SD835 chip. 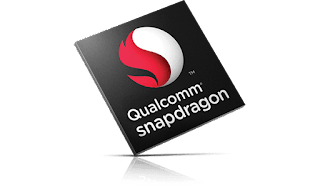 Earlier Qualcomm was working on the 7nm process and has now partnered with TSMC to develop the chip and was also rumoured to be launched early 2018, but now many of industry expert believes that the chip 7nm technology is not yet developed and is still under developing phase.Qualcomm might announce the next big SD845 in coming weeks similar to SD835 which was too launched in late 2016.Earlier leaks claimed that Samsung has already booked the first lot of SD845 chip for its rumoured flagship Samsung Galaxy S9 or even the first foldable smartphone Galaxy X which was also rumoured to be using the same chip.

The next-gen 7nm chips which are being developed by Samsung, Qualcomm and Huawei will be announced in early 2018 and might be commercialised in early 2019.The new chips take lesser space than the 10nm chip with more power efficient and also boost the performance when compared to earlier 10nm chips.