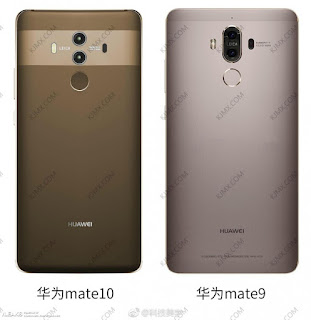 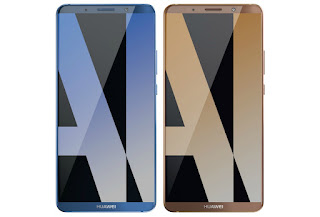 Apart from the above image we also got some images which show the front view of the Huawei Mate 10 Pro.As per leaked images by Evan Blass, we can see the nearly bezel-less display with almost thin bezels on the sides and thick bezels on top and bottom of the display.With latest images, we can see the Huawei Mate 10 Pro comes in two colours one with Blue other with Copper on both front and back of the device.

The Huawei Mate 10 Pro will sport 5.99 inches QHD+ display. It will be powered by latest Kirin 970 chip which is also having separate NPU processor which will enable AI engine.It is rumoured to be fueled with 4000 mAh battery with Huawei Super Charge support.The device is running on latest Android Oreo out of the box with EMUI on top.The device is expected to launch on Oct 16 in Munich, Germany.

Nothing Ear (2) renders leaked again will not have any major changes, features personalized ANC mode.