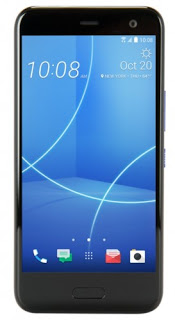 As per LlabTooFeR shared new images of the HTC U11 Life on Twitter which also includes the specs of the device.LlabTooFeR is well known and legit source who have earlier leaked lots of HTC devices which now also confirms that HTC U11 Life comes under Android One program and will run on Stock Android Oreo OS and will receive monthly security updated directly from Google similar to Mi A1 which is the first Android One smartphone from Xiaomi and recently launch Moto X4 Android One Edition.

As per leaks, the HTC U11 Life will have 5.2 inches FHD display. It will be powered by SD630 chip coupled with 3GB/4GB RAM and 32GB/64GB onboard storage.There is no mention of microSD card slot for further storage expansion.We are not sure whether the HTC U11 Life will be built out of metal or both metal and glass design similar to HTC U11.

HTC U11 Life will have both front-facing as well as the rear camera of the 16MP sensor.All this is fueled with 2600 mAh battery and will have an IP67 rating which makes the device dust and water resistant.The device is running on Android Oreo out of the box.The HTC U11 Life is expected to be launched by end of this year.