The launch offers include Samsung Upgrade Scheme under this scheme one can exchange their old smartphone of any brand, you can even buy the device by opting for EMI plans starting from Rs.2829 per month, free Convertable wireless charger when you pre-order or buy the device with one-time screen replacement for Rs.990/-.Reliance Jio is also bundling 448GB of extra 4G data for a period of 8 months and for HDFC bank credit card user can claim Rs.4000 cash back. 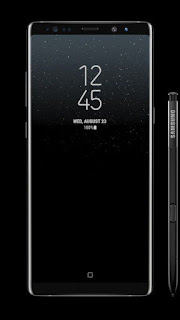 At the front, we can find the earpiece, sensors IRIS scanner, and front-facing camera, below it we have the all new Infinity display which is having rounded edges.There is no longer physical home button instead has on-screen navigation keys. 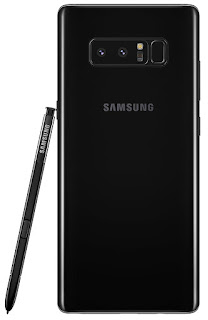 At the back we have the Dual camera setup aligned horizontally with Dual tone Dual LED flash, heart rate sensor and weird placement of fingerprint scanner beside it.We have the Power key on the right and Volume keys with the dedicated Bixby key on the left of the device.On the top of the device, we can find the SIM card tray with secondary mic hole. 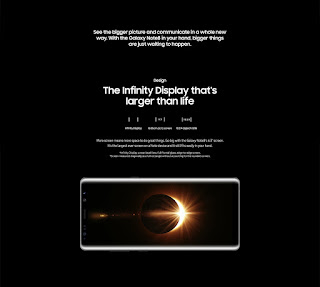 Samsung Galaxy Note 8 is having 6.3 inches QHD+ Super AMOLED Infinity Display (2960 x 1440p) similar to one found on Samsung Galaxy S8 and S8+.It is powered by SD835 chip in some markets and Exynos 8890 in Asian countries. It is coupled with 6GB RAM and has three storage variants with 64GB which can be expanded via microSD card up to 256GB. 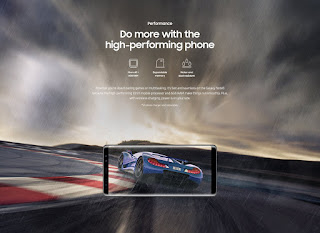 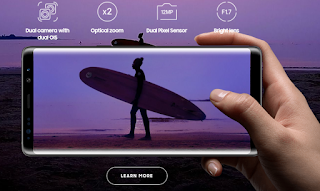 The Samsung Galaxy Note 8 is the first Samsung smartphone to feature Dual Camera setup.Samsung Galaxy Note 8 comes with the dual 12MP camera one act as wide angle lens of 77-degrees which is having an aperture f/1.7, Dual Pixel AF, Pixel size of 1.4 microns and sensor size of 1/2.55″.The other camera act as a telephoto lens which is too of 12MP AF sensor with an aperture f/2.4, having 45 degrees FOV, the Pixel size of 1.0 microns, the sensor size of 1/3.6″ and has 2x optical zoom.The Dual camera setup is similar to one found on iPhone 7 and OnePlus 5.The Dual rear camera also comes with Dual OIS and also has 10x digital zoom.The rear camera can record videos up to 4K and also has support for VDIS.The selfie camera is an 8MP sensor with an aperture of f/1.7, having wide angle lens at 80 degrees, the Pixel size of 1.0 microns and sensor size of 1/3.6″.

The special feature of Samsung Note series is with the S-Pen, now with Samsung Galaxy Note 8 we have all new improved S-Pen and now will come with different colours.The all new S-Pen is now having IP68 certified and having pressure levels of 4096. The S-Pen features include Screen off a memo, Live message, handwritten message, Screen write, add special effects and even share created GIFs via various messaging apps. 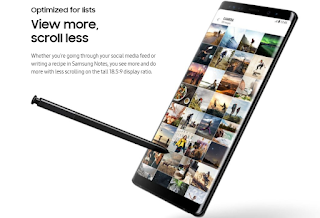 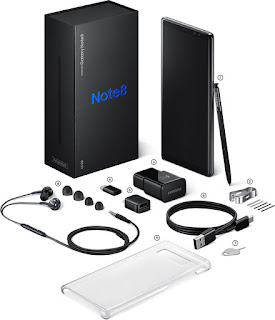 The connectivity option includes Single SIM (Dedicated slot)/DualSIM(HybridSlot) variants with 4G LTE and VoLTE support, Dual band Wifi, A-GPS, GLONASS, Bluetooth 5.0, NFC, USB Type-C port at the bottom of the device for charging, 3.5 m audio port and S-Pen slot at the bottom of the device.It also comes with IP68 certification which makes the device dust and water resistant.It comes bundled with Pure Sound by AKG earphone within the box.All this is fueled with 3300 mAh non-removable Samsung made the battery which supports fast Wired and Wireless charging and is running Android 7.1.1 out of the box with Samsung latest Experience UI on top.

So would you buy Samsung Galaxy Note 8 for Rs.67,900/-? Leave your thoughts in the comments section below.