Home Google HTC might announce deal with Google today.
After some rumors about Google buying the HTC R&D and manufacturing unit, we now have some more new rumors which claim that major announcement to take place in HTC headquarters in Taiwan about HTC and Google deal today. 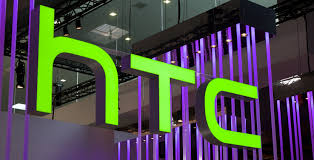 As per China Times, HTC shares will be suspended by today and was the company decided to the closure of material information.As per Evan Blass latest tweet, one of the HTC employees has claimed that HTC and Google deal will be finalized today and Google will buy some of the HTC assets and not the brand.The HTC employees are busy preparing the presentation, and the second floor in the HTC headquarters are arranged with Chairs and screen of the major announcement.

As per Industry Insider, Google might buy the HTC smartphone business as HTC is struggling hard to save its smartphone business which is hardly getting any profit and since the launch of HTC U11, there are no more devices being announced by HTC till date.Even the HTC U11 didn’t help HTC to earn the profit.

As per earlier reports claim that HTC will sell only the smartphone business and is not interested to sell the HTC Vive the VR company for now.So we can expect something major announcement to take place at HTC headquarters in Taiwan.Google earlier bought Motorola in early 2012 and sold it to Lenovo on 2014 which even made a huge loss for Google so with Google planning to acquire HTC business to make its Pixel devices as HTC was making the original Pixel and even rumors claim that Pixel 2 will be manufactured by HTC.So let’s wait for few more hours for the official’s announcement from HTC.