Samsung upcoming flagship with Samsung Galaxy S9 is in news with series of leaks and rumors. Earlier we had got series of renders and live images of the device leaked. Today we have got some more sketches leaked which show us the all new Samsung Galaxy S9 with exact dimensions. 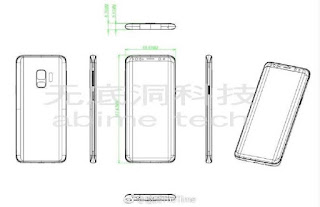