Home Android Nokia 3 will directly get the Android Oreo update. 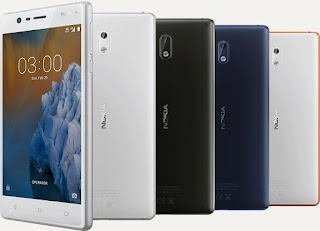 Thanks! We will transition straight to Oreo

Now, Nokia budget segment device Nokia 3 which is still on Android 7.0 will directly be updated to Android 8.0 as per Juho Sarvikas, Cheif Product Officer for HMD Global.

Earlier Nokia had promised to update the Nokia 3 to 7.1.2 on Oct which didn’t happen and now some users of Nokia 3 had to ask Nokia regarding the Android 7.1.2 update on Twitter the Cheif Product Officer for HMD Global gave reply telling that it will be directly updated to Android Oreo.As of now, there are no details when will the device get the update.