Home Sony Sony H8324 to sport FHD display as per User Agent profile
Facebook
Twitter
Pinterest
WhatsApp
Sony upcoming smartphone Sony H8324 has been now spotted under User Agent profile. Earlier we had got the leaks of the Sony H8541 which was a flagship device with a bezel-less display which is rumored to be launched early 2018. 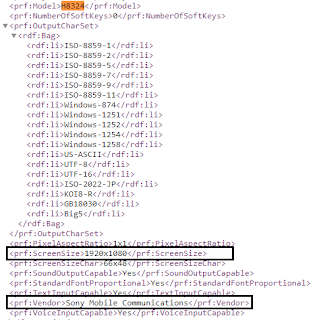 As per User agent profile, the Sony upcoming Sony H8324 is probably a mid-range device and is having a 1080p display with an aspect ratio of 16:9.Apart from this, there are no more details leaked.

Earlier we also spotted a new Sony H4133 device on GFX Benchmarks which was powered by SD630 chip coupled with 3GB RAM and 32GB internal storage.It was having 5.2 inches FHD display and was running on Android Oreo out of the box.

Here is the list of Sony Xperia smartphones that will launch in 2023, key specs leaked.