Home Apple Upcoming Apple iPhones in 2019 will have support for 3D sensor on...
Facebook
Twitter
Pinterest
WhatsApp
Apple recently launched the iPhone X which had new FaceID feature and uses Apples TrueDepth camera which is using 3D sensor and now we have rumors that Apple is planning to include the same 3D camera sensor on the rear camera as well. Apple is busy talking with the component suppliers for the same. 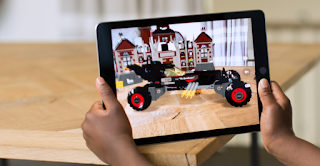 The rear 3D camera will have support for Apple ARKit which is nothing but a similar feature what we saw on Project Tango based AR smartphone which uses to measure the distance between two points using the 3D sensor and Apple might even add the Portrait mode on rear camera one found on iPhone X selfie camera.

The 3D sensor on the rear camera will use the time of flight camera instead of structured light approach one found on iPhone X selfie camera.We already saw a time -of- flight camera on smartphones like Lenovo Phab 2 Pro and Asus Zenfone AR.

Apple will not launch any new iPads this year, foldable iPad under work.