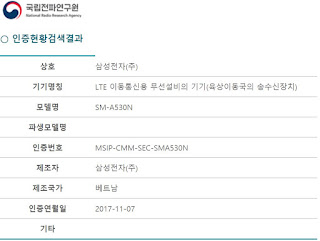 As per previous leaks, the upcoming mid-range Samsung Galaxy A5 (2018) will have Infinity display similar to Samsung Galaxy S8 but will be of lower resolution probably FHD+. It will be completely built out of metal and glass and will also come with an IP67 rating which makes the device dust and water resistant.