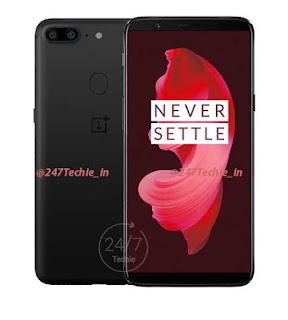 As per the latest renders, OnePlus 5T will sports 6 inches FHD+ display having an aspect ratio of 18:9.Now the fingerprint scanner is been moved to the rear side of the device which means it will have on-screen navigation buttons.There is a minor change in shape of the fingerprint scanner when compared to previous leaks which had circular shaped and now it has an oval shaped fingerprint scanner.There is dual camera setup at the back with Dual Tone Dual LED flash.

Apart from this, Amazon India also teases the OnePlus 5T launch date on their website so again OnePlus 5T will be exclusive to Amazon India.It gives us the event details of OnePlus 5T which is launching on November 16 in New York, at 9:30 PM IST.The first flash sale is scheduled on Nov 21 at 4:30 PM in India via Amazon.OnePlus 5T will go on sale from Nov 28 in India.