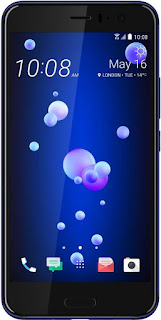 HTC will push OTA update to HTC U11 and as of now, we are not sure which all countries sold devices will receive the updates and might not be available for some unlocked devices until early 2018.
HTC U11 carrier locked devices are also ready with the latest Android Oreo update and might start rolling out the update soon.The users of an unlocked variant of HTC U11 will receive a push notification for the OTA update and would able to download and apply the update as per there preferred time.
One can even check the updates by going to settings in the bout device and check for updates.The OTA update 1.3GB in size and would be preferred to download the file via Wifi.
Source
Share1
Tweet
Share
Pin1
2 Shares