Home Xiaomi Xiaomi new Redmi series smartphone spotted with bezel-less design.
Facebook
Twitter
Pinterest
WhatsApp
Xiaomi is all set to launch a new Redmi device with Xiaomi Mi Mix 2 like bezel-less design soon. Recently we have some leaks about the Redmi Note 5 which too was rumored similar feature, but now we have some more images leaked of the unknown Redmi series smartphone. 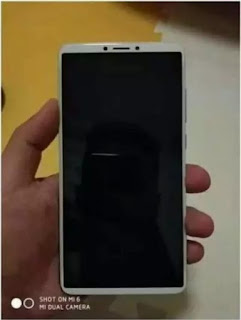 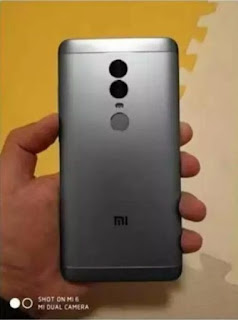 At the back, we now have the Dual camera setup with Dual-LED flash below the camera and there is fingerprint scanner below the LED flash.There is Mi branding at the back of the device.The upcoming Redmi device might be the previously leaked Redmi Note 5 but we are not sure. As per leaks, the upcoming Redmi device will have 5.5 inches display having an aspect ratio of 18:9.The device will be powered by MediaTek Helio P25 or P30 chipset or SD660 chip coupled with 3GB/4GB RAM and 16GB/32GB/64GB onboard storage.