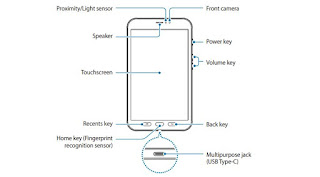 As per earlier leaks, Samsung Galaxy Tab Active 2 sports a8 inches 1200*800 pixels display. As per user manual above the display, we have the Proximity sensors, selfie camera, speaker and three physical navigation button below the display.The Physical home button doubles up as a fingerprint scanner.At, the back we have the rear camera with LED flash and rear panel can be removed where you have to insert the removable battery and also insert SIM cards and microSD card.

At the bottom of the device, we have the USB-Type C port and 3.5 mm audio jack.Now the Samsung Galaxy Tab Active 2  also has support for S-Pen stylus with replaceable nibs and sadly there is no S-Pen slot on the device.But you can attach it to the protective case which will be sold separately. 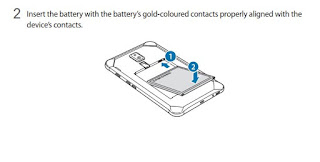 As per earlier leaks, Samsung Galaxy Tab Active 2 is powered by Exynos 7870 chip coupled with 3GB RAM and 16GB onboard storage which can be expanded via microSD card slot.There is an 8MP rear camera with LED flash and 5MP selfie camera.Both the camera can record videos up to 1080p.As of now, we are not sure when will be the Samsung Galaxy Tab Active 2 going to launch as user manual is available to download on Samsung website we can expect it to be announced soon.