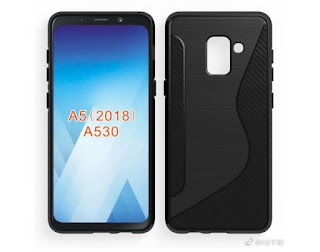 Samsung upcoming Galaxy A series is all around with back to back leaks and now we have some more new leaks popped up for the upcoming Samsung Galaxy A5 2018.Recently a new set of renders leaked on popular social platform Weibo in China. 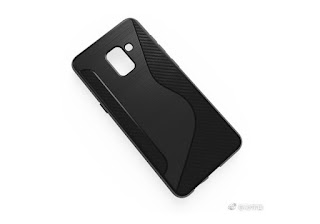 As per leaks, we can see the new Samsung Galaxy A5 2018 covered up with back case and is now having Infinity display at the front with nearly no bezels on all sides.As of now, there are no images showing the rear of the device as we have only the case showing the cut out of the camera and LED flash beside it and it is not yet confirmed whether it will come with the single camera or Dual camera. 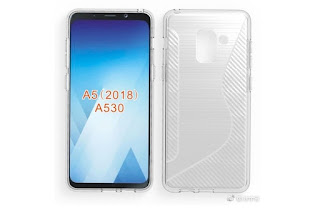 Earlier we had series of leaks which claimed that upcoming A-series smartphone will feature the Infinity display and here it is.As per GeekBench, the upcoming Samsung Galaxy A5 2018 is having model number SM-A530F where F stands for Single SIM in Samsung devices which might be the International variant and might have Dual SIM variant too.As per earlier leaks, the Samsung Galaxy A5 2018 is powered by Exynos 7885 chip built on the 10nm FinFET process and will feature a Hexacore CPU with Mali G71 GPU.It is coupled with 4 GB RAM. The device is still running on Android 7.1.1 and will be later updated to Android Oreo.As of now, there are no details regarding the launch date and availability.