Home Google Here is how Google Pixel 2 XL looks with case and without...
Facebook
Twitter
Pinterest
WhatsApp
Google is all set to launch its range of Pixel devices, smart speakers and headphones on Oct 4 in the US.There is just one day left for the official announcement and we are getting the renders of the device leaked.Now again we have got some more new renders of the elder brother Google Pixel 2 XL where we can see the device with case and without the case. 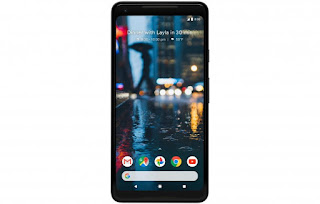 As per Evan leaks, the images of the Pixel 2 XL leaked looks similar to LG previous devices like LG G6 and LG V30 which had similar 18:9 aspect ratio bezel-less display.At the front we can see there are stereo speakers located at the below the display and one above the display which doubles up as the earpiece and there is front-facing camera beside it.We can see there is no physical home button on this device too instead there are three on-screen navigation buttons similar to Pixel XL.On the right, we have the Volume Rocker below the Power button. 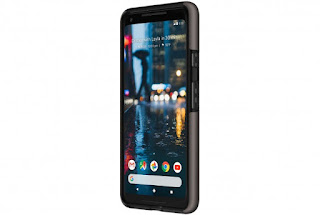 Sadly, there are no images leaked showing the rear side of the Pixel 2 XL. As per earlier leaks, the Pixel 2 will have a similar design like the original Pixel and will have thick bezels and regular 16:9 display.As per earlier leaks, both the devices will be powered by SD835 chip coupled with 4GB RAM and 64GB onboard storage.It will also have an IP67 rating which makes the device dust and water resistant.It is also rumoured to have the HTC Edge sense feature which was seen on HTC U11. 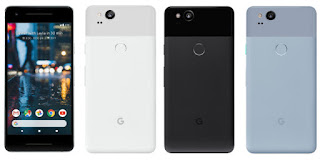 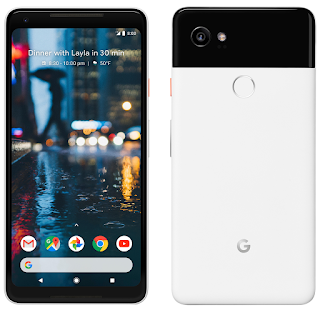 As per latest leaks, the Pixel 2 will sport 5 inches FHD display having an aspect ratio of 16:9 and Pixel 2 XL will sport QHD+ FullVision Display having an aspect ratio of 18:9.Due to stereo speakers, Pixel 2 XL will not have an edge to edge display as seen in the above pictures.As per VentureBeat, the Pixel 2 will be launched on Oct 19 and Pixel 2 XL on Nov 15.There is no exact date when the devices will go on pre-orders.

Apart from that Google is also planning to bring a new program called the Made for Google Program as per 9To5Google.As of now, there are no details about the firms which will partner with Google to launch their products. But as per the program, Google will allow the third party electronic manufacturers to submit their products for testing and to Google certification so that they can advertise their product with Made for Google.There might also include some technical support and documentation part from Google which is still unknown whether Google will help the OEM for after-sales service and other documentation works.

As Google all set to launch the Pixel 2 and Pixel 2 XL this week, we can expect Google to launch a range of products and with that Google is also planning to include some accessories made by third-party manufacturer to be included as Made for Google program which not only help manufacturer to produce more accessories but also help them to make high-quality products.The battery-powered smart speaker which will extend the Google Home units might also come under this initiative.We are not sure whether the earlier launched products will come under this initiative or not like the Bose QuietComfort 35 II.

Apart from the speakers and headphones, Google might also launch many other products like the Gamepad, chargers, cases etc under the Made for Google program.If Google has truly made such initiative with third-party manufacturers we can expect these products might launch for the Holiday season.

Nothing Ear (2) renders leaked again will not have any major changes, features personalized ANC mode.