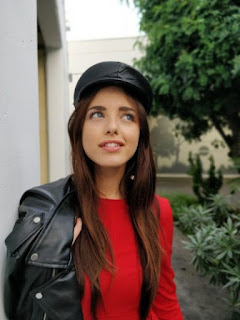 Yesterday, Carl Pei shared a new image on Twitter so we can expect that the OnePlus 5T is almost ready for the launch.The latest photo shared is of young lady probably OnePlus is teasing the new Portrait mode on the upcoming OnePlus 5T with better colour saturation and high dynamic range.The image captured has blurred the background giving us the Bokeh effect and the colours appear to be very natural without any over-sharpening.So we can expect the OnePlus 5T to have a better camera when compared to OnePlus 5.

Unfortunately, the Metadata didn’t reveal much about the device apart from resolution of 900*1200 pixels and having 24 bits which means it has shot in 16M colours.

Apart from that, we have new renders leaked by Evan Blass which show the upper part of the OnePlus 5T. From the leaked images we have the OnePlus 5T but sadly only the top part can be visible and now it is having a nearly bezel-less display with thin bezels. 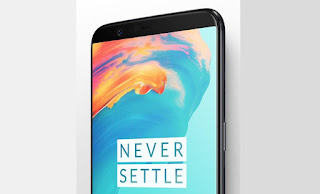 This is not the first time we are getting the renders, last week we got the renders of the OnePlus 5T leaked which shows both the front and rear view of the device and looks similar to alleged Oppo R11s.From the above-leaked images, we can expect OnePlus 5T to come with a metal unibody design with antenna bands running on top of the rear of the device.We can see the selfie camera with earpiece and sensor above the display.There is power button towards the right of the device.

As per earlier leaks, the OnePlus 5T will be powered by same SD835 chip coupled with 6GB/8GB RAM and 64GB/128GB storage options.It is rumoured to have 20MP and 16MP Dual camera setup at the back with the 16MP selfie camera.The device is rumoured to be priced at $549 for the base version.