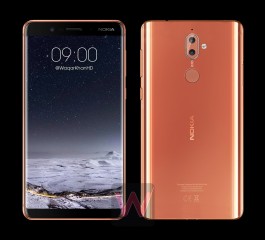 Nokia launched its very first flagship with Nokia 8 last month and there were rumors of the so-called Nokia 9 even before the launch of Nokia 8.After series of leaks and rumors finally, we have some of the new images leaked of the upcoming Nokia 9. 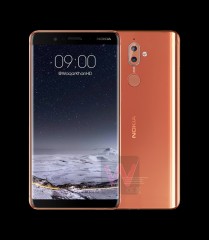 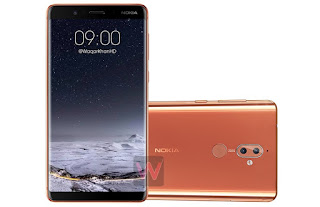 At the back now we have the Dual camera setup using Carl Zeiss optics with Dual LED flash beside it. There is rear-mounted fingerprint scanner below the dual camera setup.As per renders, the Volume rockers with Power key is now located on right side of the device.At the front, we now have the Nokia logo with earpiece, sensors and front-facing camera. 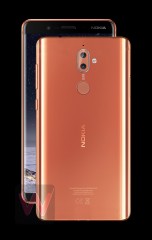 The new Nokia 9 is built out of Glass and Metal design at the back which will enable wireless Qi charging support but not sure Nokia will bring that feature with Nokia 9. 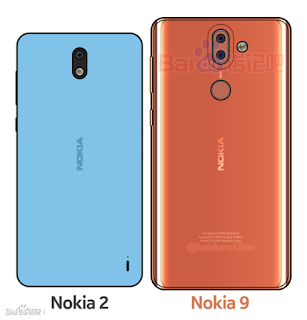 As per earlier leaks, Nokia 9 was spotted on GFX benchmarks which revealed some of the key specs. The Nokia 9 will have 5.3 inches display as per GFX but the company claims to have larger display size than Nokia 8.It will be powered by SD835 chip coupled with 4GB RAM and 64GB storage options.The Nokia 9 camera will be using Sony IMX 258 with one Monochrome sensor other having an RGB sensor.It will also have IP68 rating making it dust and water resistant.The device will cost 750 Euros (Rs.58,000/-) according to Hearsay.