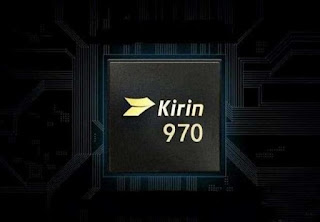 The Kirin 970 is an Octa-core CPU and comes with new 12 core GPU.It is built on a 10nm process similar to SD835 chip.Huawei Kirin 970 has 4 x 1.2GHz Cortex A73 cores and 4 x 1.8GHz Cortex A53 cores which are coupled with 12 cores Mali-G72MP12 GPU.As per Huawei, the all new Kirin 970 chip provides 25x better performance and 50x better efficiency when compared with typical Cortex A73 cores which mean that Kirin 970 is powerful and battery efficient.

The special feature about the Kirin 970 is support for AI and Huawei is also allowing the developers to develop certain AI apps for practical use.As it has separate NPU which doesn’t impact on the
performance of the device which makes a special feature of Kirin 970 chip.

Kirin 970 comes with new Dual ISP which promises better low-light images with less noise in the images.Huawei has also added 4-Hybrid a new AF system which includes Phase and contrast detection but there are no details regarding other two AF system.It comes with 4.5G Cat.18 LTE modem which has support for download speeds up to 1.2 Gbps.

Huawei will launch its first device with Kirin 970 with upcoming Huawei Mate 10 on Oct 16.