Home Google Google to buy HTC smartphone business?
Recently new rumors of Google upcoming Pixel 2 which will be made by HTC were all round and now we have some shocking news as Google is in talks with HTC for buying their smartphone business. 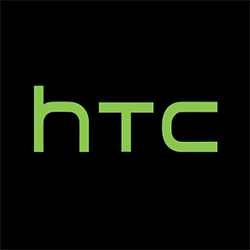 We all know, HTC a well-known Taiwanese company who even was the first vendor to launch Google very first Android Smartphone HTC Dream 1 and now from past few years HTC is struggling to survive in the huge competition both from Samsung and other Chinese brands due to high priced devices from HTC.

So now as per rumors, Google is in talks with HTC to buy the smartphone business leaving the HTC Vive VR business.As Google too earlier bought Moto Mobility for a huge price and made a loss which Google sold it to Lenovo.Now, Google is looking buy HTC which makes sense as Google need a Hardware manufacturing unit for its earlier Pixel, Pixel XL and even the Pixel 2 devices will be manufactured by HTC.As HTC has already suffered 54% decline in Revenue when compared to previous year and 51% decline over last month.

We have to wait for an official announcement until that take this news with a pinch of salt.