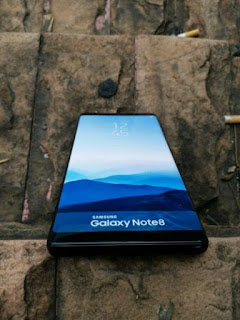 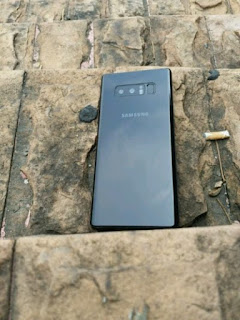 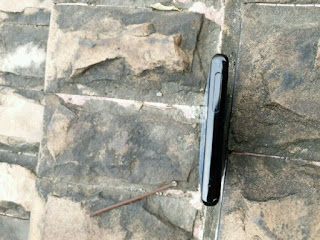 From the leaked images, we can see the Samsung Galaxy Note 8 resembles the similar design which we saw in earlier leaks.The newly leaked dummy unit images look like a replica of the Samsung Galaxy S8 and S8+ with more rectangular edges.At the back, we can even see the horizontally aligned Dual Camera setup with Dual tone Dual LED flash, heart rate sensor and fingerprint scanner beside it.At the top, there is SIM card slot at the bottom we have the speaker, S-Pen Slot, and USB Type-C port. 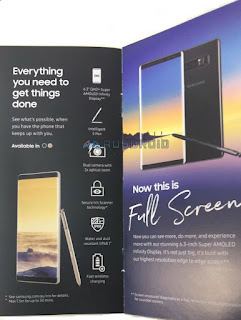 With that, we also got some of the Promotional materials leaked which confirm Samsung Galaxy Note 8 to have to have 6.3 inches QHD+ SuperAMOLED Infinity display similar to one found on S8 and S8+.It also confirms that the Samsung Galaxy Note 8 to come with the IP68 rating which makes the device dust and water resistant.From the leaked images we can even see the S-Pen and IRIS Scanner.There are also details about the next gen wireless charging support on Samsung Galaxy Note 8. 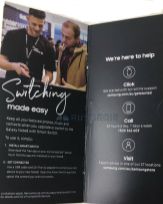 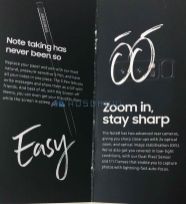 It also shows the Dual camera setup which looks identical to previous leaks. The images also confirm that Samsung Galaxy Note 8 will have a telephoto lens with 2x optical zoom and has an aperture of f/1.7 with Dual Pixel sensor.Some of the S-Pen features are also mentioned like we can write on the display when the display is turned off which we saw on previous gen of Note series.Now we can even write messages and share them with your friends as GIFs.The last mention is Samsung Galaxy Note 8 will be available in two color one with Black and other with Gold in Australia.
Source,2,3
Share
Tweet
Share
Pin
0 Shares