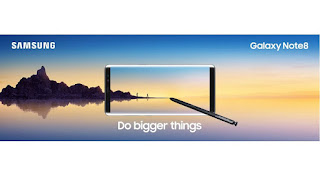 Recently Samsung Galaxy Note 8  was listed on BIS certification website with a model number SM-N950F/DS.The Samsung Galaxy Note 8 SM-N950F/DS is dual SIM variant which will be launched in Asian countries and has passed through BIS certification in India.In the Western countries like the US will have Single SIM variant and not the Dual SIMvariant and will come with Snapdragon 835 chip where as Asian countries will come with Exynos 8895 chip. 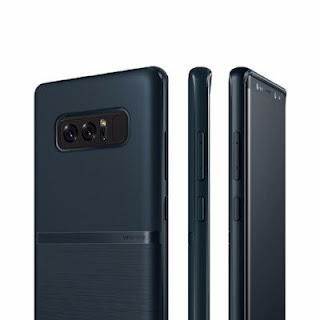 With that, we also got some more cases leaked for the upcoming Samsung Galaxy Note 8.The new cases which got leaked are made by Lumion.The cases are priced between $19.99 to $39.99.There are five types of cases named as Huey, Diamon, Gardien, Osprey, and Savant cases. 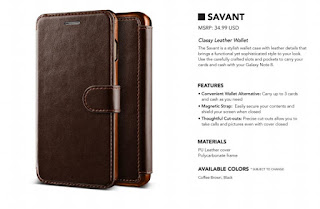 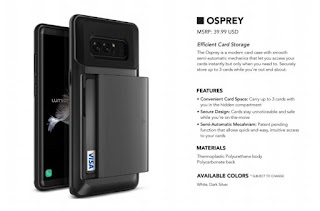 The leaked images with cases attached show us the both the front and the rear view of the Samsung Galaxy Note 8.From the leaked images, we can see the Infinity display at the front similar to Samsung Galaxy S8 and S8+ and is rumoured to sport 6.3 inches QHD+ AMOLED display with an aspect ratio of 18.5:9.We can see there are very thin bezels at the top and bottom of the device with more rounded edges on all the sides of the device. 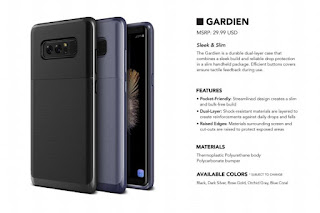 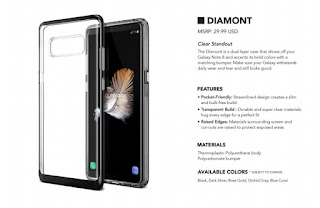 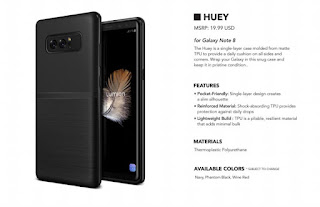 At the back, we can see the Dual camera setup with Dual tone Dual LED flash and heart rate sensor with rear mounted fingerprint scanner beside it.From images, we can even see that there is no Physical Home button.Unfortunately, there is no under screen fingerprint scanner this time as we have to wait for Samsung Galaxy S9 which might come with that feature. 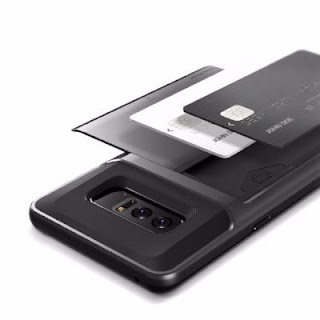 Samsung Galaxy Note 8 will sport 6.3 inches QHD+ AMOLED Infinity display. It will be powered by Exynos 8895/SD835 chip coupled with 6GB RAM and 64GB onboard storage which can be expanded via microSD card. It will have 12MP dual camera setup at the back with Dual tone Dual LED flash, heart rate sensor and fingerprint sensor beside it.All this is powered by 3300 mAh battery and runs Android 7.1.1 out of the box with Samsung custom UI on top. Samsung Galaxy Note 8 is slated to launch on August 23, 2017, in New York.