Home Apple iPhone 8 to have support for 4K video recording @60fps.
As days are nearing toward launch we are getting back to back leaks for the upcoming most anticipated smartphone Apple iPhone 8.Earlier we already got some of the features like tap to wake, SmartCam and wireless charging support.Now we have new leaks which claim that the iPhone 8 will have support for 4K video recording at 60fps. 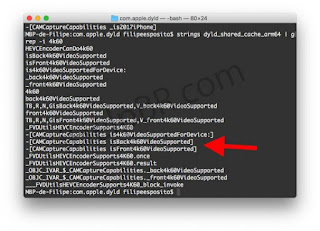 So if it comes with both front and rear camera which can record 4K videos at 60fps then it will be the first smartphone to have 4K videos support at 60fps till date.And it might give tough competition to HTC U11, Samsung Galaxy S8 and Lg G6 which all had 4K recording @30fps and front camera can record up to 2K. So we have to wait for Apple iPhone 8 to arrive and test its camera results with all other flagship, whether it out performs better than most of the Android flagships?