Home Apple Apple to launch upgraded iPhone SE in early 2018.
Apple is all set to launch three flagships this year with iPhone 7S, 7S Plus and iPhone 8 as it is celebrating the 10th anniversary this year.With back to back leaks of iPhone 8, we even had some leaks for the iPhone SE 2 or new iPhone SE.But Apple denied that they will not launch the upgraded version of iPhone SE anytime soon. 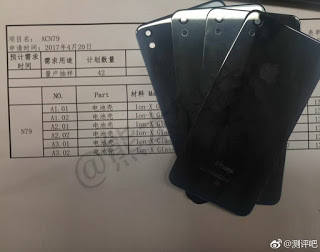 As per rumours, New iPhone SE will be the cheapest of all iPhones and will be priced similarly to first gen of iPhone SE. New iPhone SE will have 4 inches or 4.2 inches display.It will be powered by Apple A10 chip one found on iPhone 7 and 7 Plus.It will come in two storage options one with 32GB and 64GB internal memory.It will be running iOS 11 out of the box and will be fueled with 1700 mAh battery which is slightly larger than first gen iPhone SE 1624 mAh battery.

The new iPhone SE will be manufactured in India by Taiwan based contract electronics maker Wistron.The same company is already assembling the first gen iPhone SE and will add a new production line for next gen iPhone SE soon.The other intersting fact is iPhone SE second gen will launch first in India for the first time as Apple will launch its devices first only in the US and then will reach other parts of the world.

So we have to wait for some more months as we may get some more leaks about the upcoming New iPhone SE.