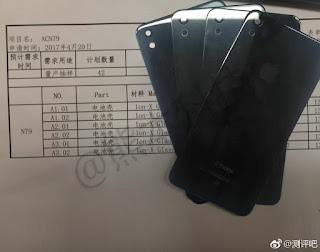 As of now, there are no details regarding the specs of the upcoming iPhone SE 2.As per earlier leaks we just got to know it will now sport glass and metal design similar to rumoured iPhone 8.It will be using a new material called Ion X which is flexible, lighter and is cheaper than Sapphire glass and is also scratch resistant.

Still, there is unclear about Apple launching the iPhone SE 2 as earlier there were rumours that Apple may launch the device with iPhone 7 which didn’t happen.As per Pan Jiutang, a Chinese analyst says that Apple is still having some stocks of 4-inch iPhone and will not get any upgraded version for the same anytime soon.But as per French site, Apple might hold the event next month for iPhone SE 2 and a separate event for iPhone 8.