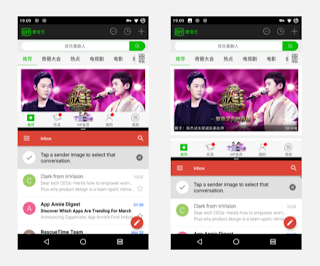 The MIUI 9 features include the Split screen mode which is found on Android 7 running devices is now coming on MIUI 9 only to the device which is running Android 7 will get this feature remaining device will get a feature in future updates.From the above leaked images sent by Xiaomi to a Developer via mail, shows us the split screen on MIUI 9.There is one more feature with PIP too which is an exclusive feature on Android O might come with MIUI 9.

There was also one more feature of scheduling SMS which is now no more included in MIUI 9 due to very less number of user send an SMS.Finally, you can uninstall apps like Calendar, calculator etc. The one more feature will be the screen recording functionality which was seen on MIUI 8 developer edition is making its way with MIUI 9.MIUI 9 will be more stable, smoother and powerful compared all previous gen of MIUI.Xiaomi has a trend of launching MIUI on August but this time it will launch in July and might start the roll out of the latest MIUI 9 to the user in August.

The MIUI 9 is expected to hit devices like Mi6, Mi 5c, Mi Mix, Redmi Note 4X, Mi Note 2, Redmi Note 4, Mi 4S, Mi 5, Mi 5S, Mi 5s Plus and Mi Pad 3.The above devices list is as per leaks so they might add on of other devices too. We have to wait for Xiaomi officially announce the news.