Home Apple Apple will launch iPhone 8 in limited quantities as there is lack...
Apple’s most rumoured phone the iPhone 8 which is slated to launch this Sept with the iPhone 7S and iPhone 7S Plus.As per Industry Insider, there is a lack of supply for the OLED panels which will end with less number of units i.e only 3 to 4 million units will go on sale this year. 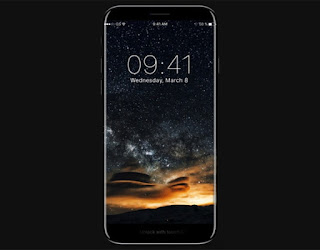 As per Digitimes, Samsung is providing the OLED display for the Apple next iPhone 8 and has already provided the OLED panels to Apple but in limited quantities.Apple will able t produce only 3-4 million iPhone 8 units before the launch at September 2017.

Earlier Apple had set a target of selling 80 million units by end of 2017 but with the OLED display supply issue very less number of units will go on sale and might see the increase in iPhone 8 sales only in mid-2018.