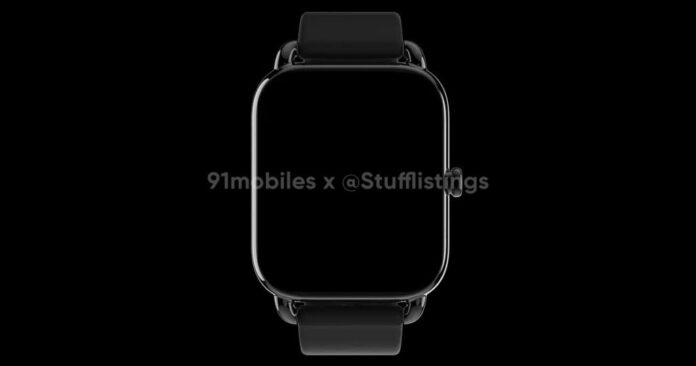 The OnePlus Nord Watch is OnePlus’ first Nord-branded smartwatch. The landing page is now live on OnePlus India’s website. According to reports, the smartwatch will be released by the end of this month. Mukul Sharma (aka Stufflistings) has shared a render of the OnePlus Nord Watch ahead of its launch.
Leaked renders of the OnePlus Nord Watch show it in Midnight Black. A square-shaped display is fitted with a crown on the right edge of the device, as seen in the image. It appears to have a silicone strap. A heart rate sensor, step counter, calories burned, and other health tracking features are shown in the image. 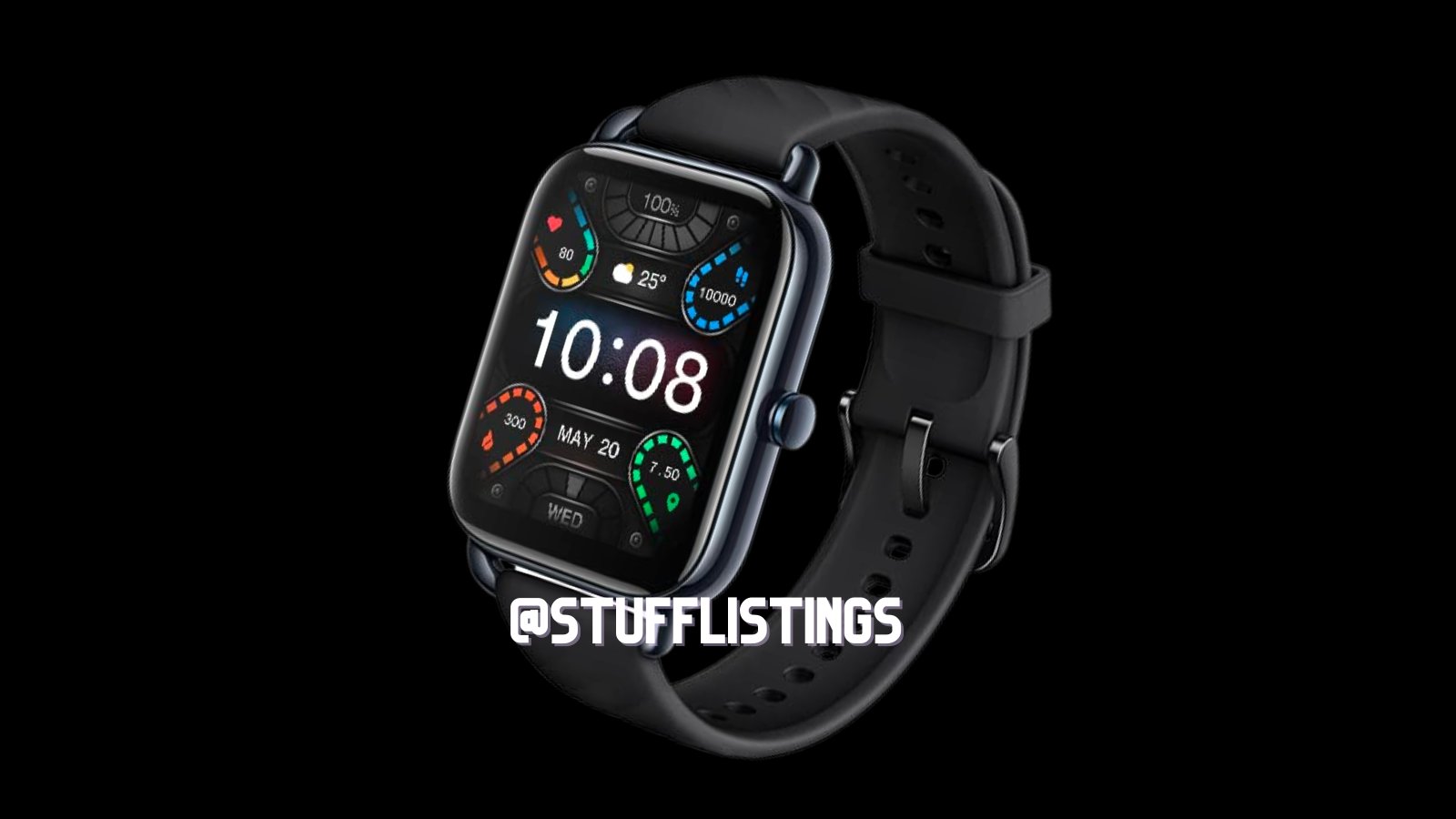 AMOLED display with 368 x 448 pixels resolution and 500 nits of peak brightness has already been confirmed by OnePlus for the Nord Watch. The company will reveal more details about the Nord Watch on Sept. 22, 24, 26, and 28.
According to Sharma, the Nord Watch will have some key features. It will feature 105 fitness modes, a SpO2 monitor, a heart rate monitor, stress monitoring, and women’s health tracking.
There will be multiple watch faces and Bluetooth 5.2 connectivity on the Nord Watch. No information is available on the battery size, but it is expected to last up to 10 days. Gold, white, and black is rumored to be the colors. Depending on the model, it could cost anywhere between Rs 5,000 and Rs 8,000.
Share
Tweet
Share
Pin
0 Shares