OnePlus recently announced the new invisible rear cameras in partnership with McLaren at CES 2020. We even got a series of renders leaked showing the 2020 flagship aka OnePlus 8 series. Now OnePlus has scheduled another event in China which will reveal one of the main feature of OnePlus 8. 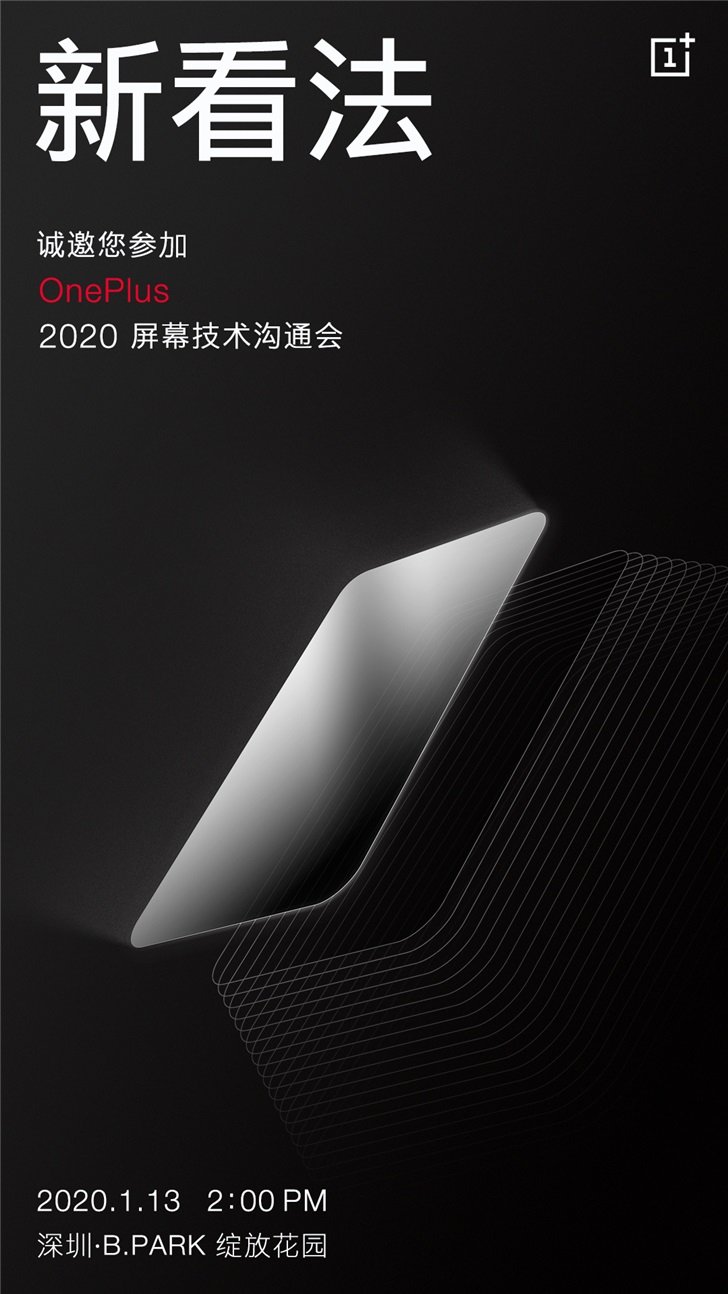 As per the teaser, OnePlus China has now announced another launch event which is scheduled on Jan 13 at 2:00 PM local time in Shenzhen B.PARK bloom garden. The major highlight of the event is the OnePlus 2020 Screen Technology Communication Meeting. So we can expect some great piece of display technology unveiled by OnePlus at the event.

Sadly, the company didn’t reveal what exactly the display tech they will showcase in the event. We can expect the event might unveil the 120Hz refresh rates display that might arrive with OnePlus 8 series. Further, we can even expect OnePlus demo the under-display selfie camera tech at the event.

Alleged OnePlus 8 spotted on BIS might launch soon in India.

OnePlus just revealed one of the major feature of the OnePlus 8 Pro.