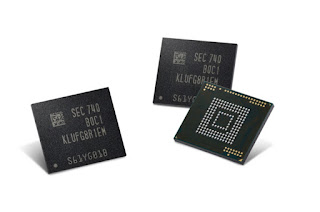 Apart from smartphones, Samsung is also planning to introduce the same chips into microSdc ards and SSD.The Chips will be made available to the third party manufacturers and Samsung is expecting the 512GB memory chips to be used in future IoT devices and car manufacturers.

The new 512GB memory chips will be commercialized in the second half of 2018 and will be exclusive to premium smartphones.