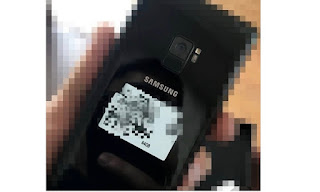 Samsung might launch the next flagship with Samsung Galaxy S9 and S9 Plus in early 2018.