Home Android Samsung may introduce Vapor Chambers for better heat dissipation in 2019
Samsung introduced the heat pipe with Samsung Galaxy S7 and is been used on all Samsung S- series and Note series devices used them to prevent overheating.Now as per Samsung Supply chain sources claim that Samsung will stick to Heat pipes for upcoming Samsung devices which are launching in 2018.

Heat pipes are slightly costly so we can find them only on flagship devices as they use top of the line specs and which need the cooling system the most when compared to mid-range or budget devices.There is also an alternative to heat pipes with vapor chambers which are slightly thicker and more expensive.The Vapor chambers are being used in high-end gaming laptops as they are the best way to dissipate heat in high-end GPU’s.

As per Industry Insider, Samsung might adopt the Vapor chamber in flagship devices which are scheduled to launch on 2019. 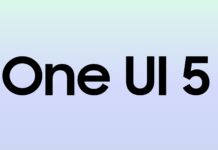