Home Apple Apple HomePod delayed again now shipping in Early 2018.
Apple launched its first smart speaker with Apple HomePod in early June and was above to ship by end of 2017 which didn’t happen.Now Apple has confirmed that HomePod has been delayed to early 2018. 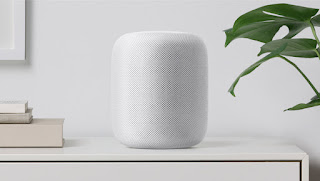 As per TechCrunch, “We can’t wait for people to experience HomePod, Apple’s breakthrough wireless speaker for the home, but we need a little more time before it’s ready for our customers. We’ll start shipping in the US, UK, and Australia in early 2018.”

Apple HomePod was expected to ship by December above-mentioned countries which now has been delayed to early 2018.So probably Apple is tweaking the Siri on HomePod for better user experience.

So bad news those who were waiting for Apple HomePod as Apple will skip the Holiday season for an unknown reason and will ship anytime in early 2018.