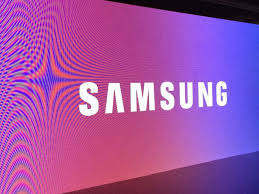 As Samsung including the new AKG branded Bluetooth headphones within the retail package that doesn’t mean the Samsung Galaxy S9 will not have an audio port as per sources it will include the 3.5 mm audio port so that one can use their old headphones without any issues.

With that, we also got some details about the camera too, now Samsung Galaxy S9 will come with dual camera setup at the back and will be aligned vertically when compared with Note 8 which were horizontally aligned.The rear camera will also come with anti-glare BBAR (Broadband Anti Reflection Coating) layer ghost technology which is a special type of coating which fights with Glare and Dual images.This is not a new feature but all other smartphones to have some sort of coating on the camera, apart from this there are no more details leaked.

Earlier we had rumors about Samsung launching a compact version of Samsung Galaxy S9 with S9 Mini next year.Samsung Galaxy S9 will be launched no earlier than March 2018 and will be powered by SD845/Exynos 9810 chip coupled with 6GB RAM.