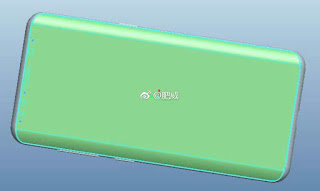 As per the leaked 3D CAD renders which were published on Weibo yesterday, looks to have similar design and will no longer have under display fingerprint scanner and is now moved to below the rear camera.The upcoming Samsung Galaxy S9 will still come with Infinity display and will have a similar design like the Samsung Galaxy S8 as per renders.Sadly, no optical fingerprint scanner this time too as it will create a notch below the display similar to Essential PH-1 which is having selfie camera and one cannot use that part of the screen.Apart from that, now Samsung Galaxy S9 will come with Vertically aligned Dual Camera at the back. 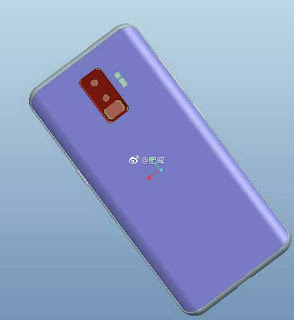 So there are some minor design changes at the back of the device like the fingerprint scanner is now moved below the camera module and now the S9 will sport Dual Camera’s, unlike the single camera on Samsung Galaxy S8.Apart from this, there are no more details leaked about the device. As per rumors, the upcoming Samsung Galaxy S9 and S9 Plus will have the same 5.8 inches and 6.2 inches Infinity display and will be powered by SD845/Exynos 9810 chip.