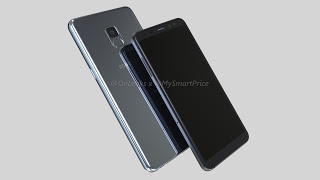 Samsung upcoming mid-range smartphone with Samsung Galaxy A Series is all set to launch end of next month or early 2018. As days are nearing toward launch we are getting series of leaks about the device. Now as per latest leaks, the upcoming Samsung Galaxy A series will be renamed as per leakster @mmddj_.

As of now, there are no leaks about the lower end Samsung Galaxy A3 whether it will be launched or not if Samsung launches it then they might call the device as Samsung Galaxy A8 mini.As Samsung Galaxy S9 is all set to launch in coming months Samsung plans of changing the names to A8 and A8 Plus looks like outdated.

If that happens, then we can even expect Samsung might change the names of the lower end J-series smartphones.They might be renamed to J9, J9 Plus, and J9 Mini as they will be launching in June 2018.Except for the A series, all other Samsung devices will be using the 9 series and as of now, there is no confirmation from Samsung.We have to wait for the official announcement which might happen in coming weeks.