Motorola launched their Moto Z2 series earlier this year which comes with a magnetic dock at the back so that one can attach the Moto Mods like additional Speakers, Battery pack etc and extend the smartphone capabilities like a modular smartphone. Now Motorola has added a new Mod with Polaroid Insta Share Printer which allows users to click the picture and print it on the go. 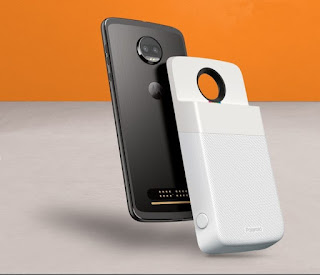 Polaroid makes one take the picture and directly print it without the need to wait to develop the film.Polaroid launched the Insta Share Printer in Feb 2017 at MWC Berlin and now we have the same device at a compact size which can be attached to any Moto Z series smartphone and click the picture and take the print out on the go.It doesn’t come with any separate camera module but has a cutout for the camera module and uses the smartphone camera to take pictures. 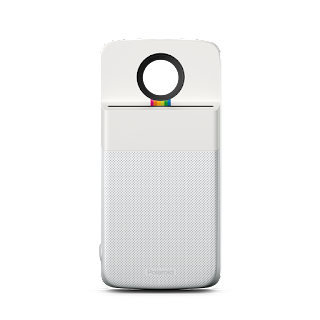 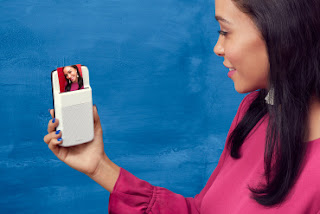 The Polaroid Insta Share Printer can print out small photos up to 2*3 inches and doesn’t use any kind of ink instead it uses the Zero-Ink technology.Users can take printout either taking the picture from a smartphone or even take printout from Facebook, Instagram, and Google Photos.It comes with ZINK paper which has an adhesive back which can be peeled off and the user can attach the picture to Fridge or Scrapbook etc.