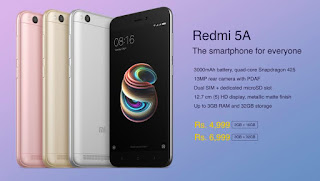 Xiaomi finally launches its #DeshKaSmartphone with Xiaomi Redmi 5A in India today. The Redmi 5A is priced at Rs.4999/- for base 2GB+16GB and Rs.6999/- for higher 3GB+32GB variant so it is priced exactly the same as earlier launched Redmi 4A 3GB RAM variant.The Redmi 5A will be exclusive to Flipkart and will go on sale from 7 December at 12 noon on Flipkart,Mi.com, Mi Home, and all leading offline retail outlets.

The launch offers include Extra 10% off on next purchase from Flipkart Fashion purchase, 5% extra cashback for Axis Bank Buzz Credit card users and No cost EMI. 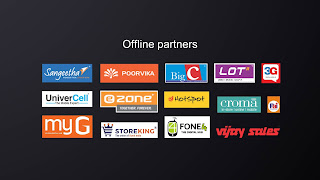 Xiaomi Redmi 5A comes with exactly same design as the last year launched Xiaomi Redmi 4A and has no support for a fingerprint scanner.It is built out of metal and looks premium.At the front, we have the display with an earpiece, selfie camera and sensor above the display and three capacitive navigation keys below the display.At the back, we just have the rear camera with LED flash and MI branding with speaker mesh below it.Xiaomi Redmi 5A weighs 135 grams and is 8.35 mm thick. 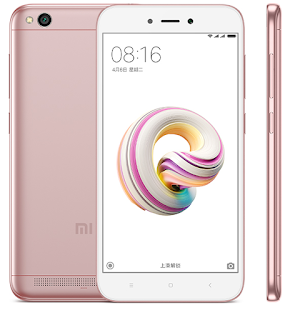 The Xiaomi Redmi 5A sports a 5 inches HD 720p display.It is powered by same SD425 chip as the predecessor.It is coupled with 2GB/3GB RAM and 16GB/32GB onboard storage which can be expanded via microSD card. 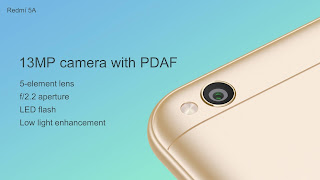 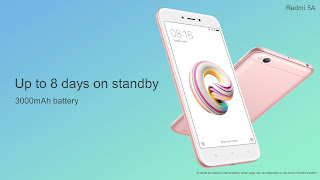 The connectivity options include Dual SIM with 4G LTE and VoLTE support (Hybrid Slot), A-GPS, GLONASS, Wifi, Bluetooth 4.1, IR Blaster on top of the device, and micro USB port at the bottom of the device.It is fueled by 3000 mAh battery which Xiaomi claims to give 8 days of standby.The device is running on Android N with custom MIUI 9 on top.