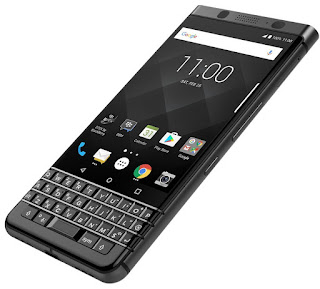 BlackBerry launched its touch and type based smartphone with BalckBerry KeyOne earlier this year. Now we have spotted the alleged successor to BlackBerry KEYone on GeekBench. 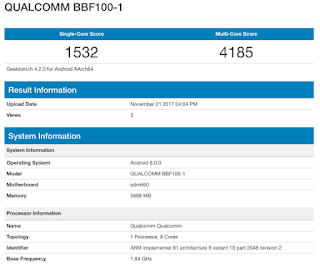 As per earlier leaks, the upcoming BlackBerry device might sport 1620*1080p display and will come with QWERTY keypad.

The unnamed Qualcomm BBF100-1 device is powered by SD660 chip clocked at 1.8 GHz coupled with 6GB RAM.The device is running on Android 8.0.0 out of the box.However, we can expect TCL and BlackBerry can name the device as BlackBerry KeyTwo.