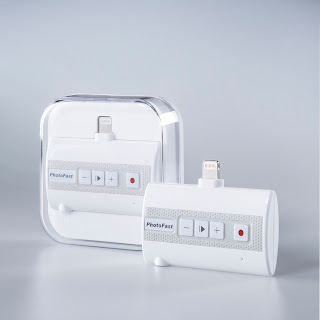 The PhotoFast Call recorder can help iOS users to record the phone calls and Internet calls by just pressing the record button.It comes with 3.5 mm audio jack which helps to listen to music and call recordings and also have a dedicated microSD card slot where one can expand the storage of the iPhone or iPads up to 256GB. 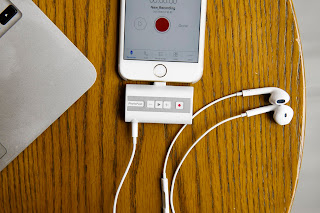 One good feature is that the recorded files can be converted to text files which will help a lot during meetings. With this text transcription feature, one can avoid taking down notes during meetings or conferences.You can even play 4K videos stored on SD card with this PhotoFast Call Recorder. 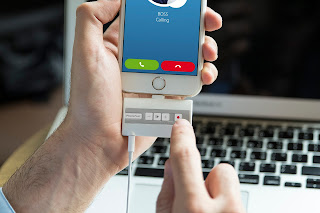 One more great feature is that one can even record calls from instant messaging apps like WhatsApp, Viber, and even Skype calls.You can even record conference calls from Skype.It comes with PhotoFast Call recorder + app which can be used to protect the recording by using the passcode.The recordings and text transcription can be shared on any platform.PhotoFast Call recorder + app also supports contact list and phone dialing.
There is one more app called PhotoFast One app which can be used to store and manage your recordings and other files on the cloud storage.It also allows one-touch backup of photos, contacts, social media albums and calendars. 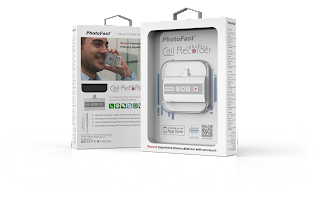 The PhotoFast Call recorder is having 3.5 mm audio port, microSD card slot and lightning port.The device is compatible with iPhones or iPads running on iOS 9 and above.It weighs 25 grams with the case and is 18.7 mm thick with the case.
The PhotoFast Call recorder is priced at Rs.9,499/- in India and is now available in India via PhotoFast’s authorized distributor, World Media Corporation and online via Amazon.in.
Share1
Tweet
Share
Pin4
5 Shares