Home OnePlus OnePlus 5T to be officially launched on Nov 16 in New York.
Facebook
Twitter
Pinterest
WhatsApp
OnePlus upcoming smartphone OnePlus 5T is all in news with back to back leaks and rumors and now we finally have the official launch date from OnePlus.The next flagship killer smartphone will be announced in Brooklyn, NYC at 11 AM.The live broadcast will be hosted in company website and on YouTube. 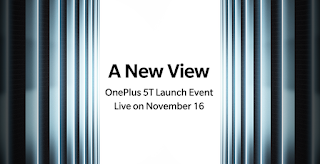 Starting from 8th Nov, Wednesday one can book tickets for the launch event from Company website and tickets are priced at $40 per person.The OnePlus 5T will go on sale starting from Nov 21 in the North Ameri and other European countries.OnePlus 5T will be launched in India on Nov 28 and will be exclusive to Amazon and first flash sale is planned on Nov 21.The OnePlus 5T will launch in China on Dec 1.

If you are on Instagram then there is a competition which will be announced soon in which three lucky users will get a chance to attend the event in New York for free.You can even bring a single person with you.With that OnePlus has also shared the video teaser of the OnePlus 5T which doesn’t provide any details about the OnePlus 5T apart from event details. But as per earlier leaks, the OnePlus 5T is rumored to be sporting the bezel-less display having an aspect ratio of 18:9 as they are teasing with a tagline ‘A New View’ in the video.

OnePlus 5T will have exactly the same specs as the OnePlus 5 but with an improved selfie camera and better display.It will be powered by SD835 chip and coupled with 6GB/8GB RAM with 64GB/128GB storage version.It will come with Dual 20MP camera at the back with a 16MP or 20MP selfie camera.The device will be running on Android 8.0 out of the box. 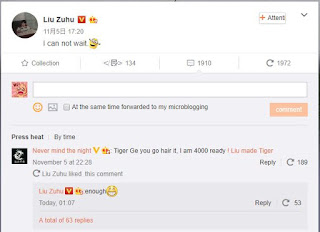 Apart from that, we even got the pricing details leaked for the upcoming OnePlus 5T.As per a post on Weibo, OnePlus CEO Peter Lau gave us some details about the price range of the upcoming OnePlus 5T.As per the post, some user asked whether 4000 Yuan is enough for the OnePlus 5T and Peter Lau replied to the comment with Yes.So probably the base OnePlus 5T might cost $600 (Rs.39,000/-) we are still not sure whether it is the 6GB or 8GB RAM Model.Probably we can expect it to be priced under $600.