Home OnePlus No OnePlus 6T next year, No Project Treble support for existing OnePlus...
OnePlus 5T went on sale yesterday in some countries including India. OnePlus held AMA on OnePlus forums where the discussion was going on, during the discussion co-founder Carl Pei was asked a question regarding the can we expect T-series every year for which Carl revealed that there will be no OnePlus 6T in 2018.

During AMA the founder Mr. Pei also revealed that OnePlus 3T and 5T were not under there products roadmap, but were launched due to enough new technology that its customer might found useful and should upgrade from the previous handset.OnePlus also mentioned that the next flagship works are not yet started but will soon begin the work on the next year smartphone. 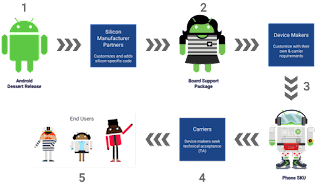 Apart from that OnePlus also mentioned in the AMA style on OnePlus Forums that some fans asked whether current line up of devices will ever get Android Project Treble support.According to the OnePlus, the recently launched OnePlus 5T and all other earlier devices will not have Project Treble included as part of Android Oreo update which is scheduled to receive beta updates from next month and OnePlus 5 would get the Oreo update by early 2018.

So that is not far away as the update will hit the devices within two months from now so there is no need of Project Treble as even if they include it will take the same time for devices to get the update.As per Google, the Project Treble will help OEM and manufacturers to push out the software updates faster. OnePlus didn’t provide the reason for not including the Android Project Treble under Android Oreo update.