Home Tech News Xiaomi Mi 7 is rumored to be launched in Feb 2018.
We already had leaks which claim that Qualcomm is working with Xiaomi to optimise its SD845 chip on the upcoming flagship Xiaomi Mi 7.We also had news that Xiaomi has also partnered with Qi Wireless for support of Wireless charging and might debut with Mi 7. Now we have some new rumours of Xiaomi to launch its Mi 7 earlier than expected. 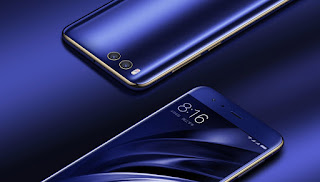 Earlier we even had leaks which claim that OnePlus will launch the next OnePlus 6 early 2018 and now we have rumours of Xiaomi Mi 7 to launch in Feb 2018.So we are not sure about the news as it is rumours and no confirmation has been received from the company so we may even get many leaks and rumours about the Mi 7 in the future.

This year Xiaomi launched the Mi 6 in April and went on sale in the month of May.Now, rumours claim that Xiaomi might launch the Mi 7 in MWC Barcelona as they did with Mi 5 last year.Mi 7 is reported to come with 6 inches bezel-less display trend.But we are not sure about the other specs but we can expect it to have 6GB RAM and might have an IP68 certification which makes it dust and water resistant.