Home Google Google upcoming Google Home Max is code-named as Biggie, Google PixelBook spec...
Earlier leaks claimed that Google might launch the more premium stereo speaker with Google Home Max and now we have some leaks from 9To5Google which claim that Google Home Max speaker is having codename as Biggie who is none other than popular late rapper Christopher George Latore Wallace who is better known as The Notorious B.I.G or Biggie. 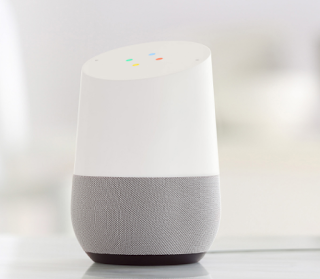 Google Home Max speakers are a basically larger version of Google Home speaker which is not sure whether Google will launch it today or not.As per earlier leaks, we have seen the Google Home Mini speakers and it will be launching today at the Google event.
Google Home Max speaker has got many references in the Google Home App which claims that codename starts with the letter ‘b’ but those appear to be nothing but black pixel similar to last seen on letter ending with ‘j’ which belief to be codenamed as Joplin and is none other than the Google Home Mini.So we can expect that Google Max speaker might not launch today and will be delayed to Holiday season.
Apart from that we also got the latest specs leaks of the upcoming Chromebook called the PixelBook.
As per earlier leaks, we saw the renders of the new PixelBook which is a convertible laptop from Google which runs on Chrome OS. Today, we have got some of the key specs of the device leaked. 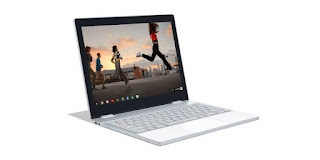 As per Supply Chain service provider, Synnex hints that there is a device called Google Clips and also revealed some of the key specs of the upcoming Google PixelBook.Google Clips was listed by Synnex and is a computer accessory which is still not available for purchase.

Google upcoming Chromebook the Google Pixelbook will three variants and all of them will be powered by Intel Core i5 processor and might use the Kabe Lake version CPU but the source doesn’t mention it. All three variants will have 12.3 inches screen and no mention of resolution of the display.It will come in three variants with 128GB,256GB and 512GB storage options.As per Synnex database, the 256GB version of Google PixelBook has got model number GA00124-US. Synnex has also listed Google Home mini which will be available in Chalk (GA00210-US) and Charcoal (GA00216-US) colour options and is priced at $49 will be available from Oct 19.

As per Synnex documents, the Google DayDream View will come in three colour options with Red, Blue and Grey.The new product Google Clips has popped up as Computer Accessory and might be for PixelBook we are still not sure what is the use of it.The PixelBook pricing will start from $1199 in the US.
Source,1
Share2
Tweet
Share
Pin1
3 Shares

Google officially reveals the first look of the new Pixel 7 Pro ahead of Oct 6 launch.