Home Razer Razer upcoming Razer Phone live images leaked.
Razer a well known US brand in the world of Gaming is now making its debut with its first Gaming smartphone with Razer Phone.Razer is all set to launch its first Razer Phone on November 1 this year.Razer is new to smartphone market but has already launched gaming tablet called the Razer Edge Pro earlier in the US. 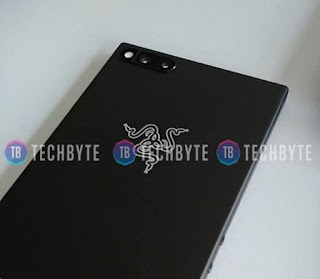 Now we have the live image of the upcoming Razer Phone leaked recently by unnamed Gaming Industry Insider.As per leaked images, we can see the only the back side of the Razer Phone which is having a rectangular shape with sharp corners.Probably it is built out of metal and there is Dual camera set-up at the top right corner with Dual tone LED flash.Below the camera, we have the Razer logo and we can see the two round button on right side of the device might be the volume rockers.The smartphone looks exactly similar to Nextbit Robin which is no longer available. 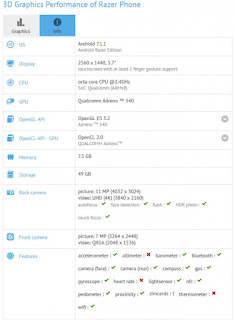 As per GFX Bench, the upcoming Razer Phone will sport 5.7 inches QHD display having a normal aspect ratio of 16:9.It will be powered by SD835 chip coupled with 8GB RAM and 64GB of onboard storage.

Razer Phone will have a 12MP rear camera with LED flash and 8MP selfie camera and the device is running Android 7.1.1 out of the box.As of now, there are no details leaked about pricing and availability. 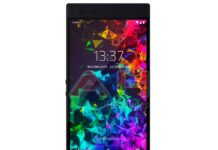 Here is the final press render of the new Razer Phone 2 with LED-illuminated. 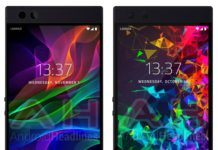 Razer Phone 2 gets certified by Google comes with outdated chipset.