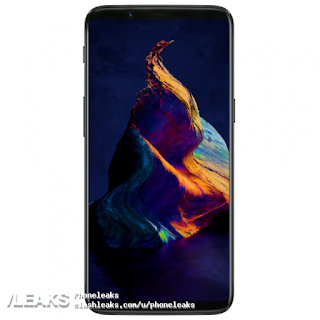 As per Slashleaks, the OnePlus 5T will follow the bezel-less trend and come with a nearly bezel-less display having an aspect ratio of 18:9.This is not the first renders of OnePlus 5T leaked earlier we had got the renders of the device which looks similar to upcoming Oppo F5.If we compare both the images it looks somewhat similar but the latest images are having slightly thinner bezels when compared with previous leaks.If either one or both the images are authentic then we can expect OnePlus 5T coming soon.But earlier leaks claim that OnePlus is not planning to launch the OnePlus 5T model this year and will go ahead and launch the OnePlus 6 early next year.
As per earlier leaks, OnePlus might launch the OnePlus 6 earlier than expected when compared to OnePlus 5 which was launched in June.If OnePlus 5T is real and looks as per leaks then will have the same hardware what OnePlus 5 had and nothing will be changed apart from the design and display.So we are not sure whether OnePlus is launching the so-called OnePlus 5T by end of 2017 or not.
Source
Share13
Tweet
Share
Pin2
15 Shares