Home OnePlus OnePlus to launch OnePlus 6 early 2018 and no OnePlus 5T this...
OnePlus launched its flagship killer OnePlus 5 this year and we all were waiting for the next smartphone with OnePlus 5T by end of year.

But as of new rumours suggest that OnePlus is not working on OnePlus 5T as per Android Marvel.This we will not see the second flagship from OnePlus with OnePlus 5T which they launched last year with OnePlus 3T instead BBK Electronics owned OnePlus is thinking to directly launch the OnePlus 6 early next year.As of now, there is no specific reason from the company why they are ditching the OnePlus 5T and moving directly to OnePlus 6. 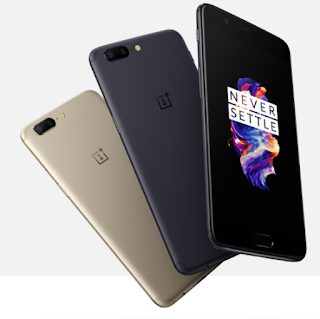 As per rumours, OnePlus 6 will follow the bezel-less display trend and will come with an edge to edge display with fewer bezels and larger display size probably 6 inches.As per reports, OnePlus is planning to include the QHD+ display with a resolution of 2880 x 1440p having an aspect ratio of 18:9 finally on OnePlus 6.Due to the bezel-less display form-factor, we can expect OnePlus 6 to come with a rear-mounted fingerprint scanner and will not have any physical Home Button.

OnePlus 6 will be powered by SD845 chip coupled with 6GB/8GB RAM with 64GB/128GB storage options.OnePlus skipped the number OnePlus 4 and directly jumped to OnePlus 5 which was ditched due to Chinese believe it has an unlucky number and will not happen with the upcoming flagship and will be named as OnePlus 6.So all eyes on the upcoming OnePlus 6 as we are not sure about this rumours please consider this news as the pinch of salt and we have to wait longer for some more leaks.