Home Nokia Nokia 9 back panel leaked and Nokia 2 passes through Russian certification.
Facebook
Twitter
Pinterest
WhatsApp
Nokia 9 is the next big thing from Nokia after the launch of the first flagship with Nokia 8 in Aug this year. After series of renders leaks, we finally have some new images popped up which shows the rear panel of the Nokia 9 which claim to have Dual camera setup. 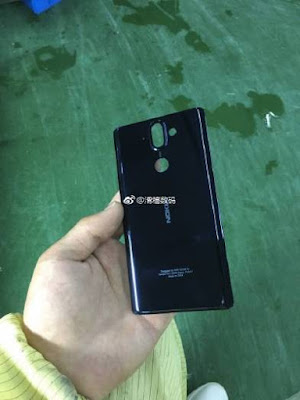 The new live images of the rear panel of the Nokia 9 were leaked on Weibo in China. The recent image claim to have Dual camera setup with rear-mounted fingerprint scanner below the camera module and an LED Flash besides the camera.The new images exactly match the earlier leaked renders.

Apart from that, we got the new Nokia 2 the cheapest smartphone from Nokia is now spotted in Russia where it got certified from regulators in Russia. 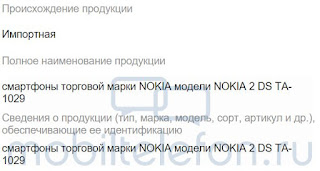 As per the Russian Certification, the Nokia 2 is listed as Nokia 2 Dual SIM TA-1029 and is approved for Russian markets.As per earlier leaks, the Nokia 2 is expected to be launched in November and might be priced under Rs.7000/-.