Home LG LG is rumoured to be working on own chipset with KROMAX and...
LG is now working on their own chipset named as KROMAX and EPIK for upcoming Android smartphone. Recently LG has even trademarked the KROMAX and EPIK names in EUIPO.As per EUIPO document, it is a trademark as LG KROMAX Processor and LG EPIK Processor and is rumoured to have multiple cores on the above chips apart from this there is no more information available.LG has partnered with Intel to develop ARM-based chips was confirmed by Intel one year ago. 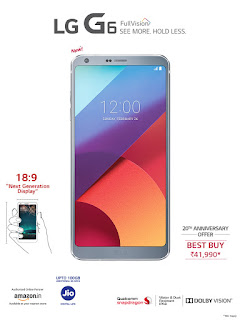 So if LG is working on new chips then it might be targetting the Samsung based Exynos chips which are powering some of the Samsung devices but LG upcoming chips are not for the flagship smartphone instead the KROMAX and EPIK might be embedded SoC used in IoT devices like smart speakers, alarm clocks and smart locks.If LG launches these chips then it will be the first of its kind after launching the octa-core NUCLUN SoC which was commercialised as a part of the LG G3 screen and was sold exclusively in South Korea.

If LG is making the chips with the help of Intel then they might be built on the 10nm process as per leaks.LG might commercialise one of the chips and will be powering their own devices similar to Samsung which too is not supporting the third party manufacturers.As of now, there is no confirmation from LG regarding the chips and no details leaked so we have to wait longer for some more leaks about the upcoming SoC.