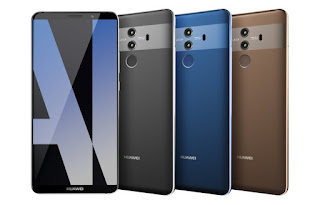 As per earlier leaks, the Huawei Mate 10 and 10 Pro will be powered by Kirin 970 chip with AI engine and will come with 6GB RAM and 64GB onboard storage.It will also feature Leica certified Dual camera setup at the back and will also include Samsung DeX like feature.